Summary of Key Regional Board Activities in Responding to the Drought

Welcome to the Los Angeles Water Board's drought response webpage. As we recover from five years of drought, it's important to stay informed on Regional Board actions and news when it comes to the use and conservation of water. The Los Angeles Water Board continues to demonstrate its commitment to expedite permits for recycled water projects and other water saving/producing projects in the region as we recover from this extended drought period and prepare for future droughts and extreme weather impacts from climate change.

The Water Replenishment District of Southern California (WRD) is developing the GRIP with the goal of being totally self-sustainable by offsetting and replacing the current use of 21,000 acre-feet per year of imported water that it used for groundwater replenishment. A key component of GRIP is the Advanced Water Treatment Facility (AWTF) with a production capacity of 14.8 million gallons per day. The AWTF infrastructure is designed to an ultimate production capacity of 29.6 MGD should it be needed in the future. Groundwater recharge will be accomplished via surface spreading the blended tertiary treated water from San Jose Creek WRP and advanced treated recycled water in the Montebello Forebay Spreading Grounds and injecting advanced treated recycled water into supplemental recharge wells located adjacent to the GRIP facility. On October 5, 2017, the Board adopted a new National Pollutant Discharge Elimination System permit that authorizes the WRD to discharge the blended tertiary treated water into the San Gabriel River, which is considered part of the Montebello Forebay Spreading Grounds.

Staff continue to participate in regulatory briefings that started in 2016 for the Regional Recycled Water Program which is a joint effort with the Metropolitan Water District and the Sanitation Districts of Los Angeles County. The purpose of this project is to treat secondary effluent from the Joint Water Pollution Control Plant in Carson and to use it for groundwater replenishment in the region. Construction for the 0.5 MGD Demonstration Project began in September 2017. The purpose of the pilot system is to assess the viability and optimal treatment for a large-scale advanced water treatment facility designed to produce up to 150 MGD of purified water.

For more information concerning this project, please refer to: www.mwdh2o.com/RRWP.

Artist rendering of the Advanced Purification Center's 0.5 mgd demo facility which is currently under construction

Expediting Shifts from Use of Potable to Recycled Water

In March and June 2014, a permit was amended and issued to the Watershed Replenishment District (WRD) to replace a 50/50 blend of recycled water and potable water with 100 percent highly treated recycled water and for injection into the seawater intrusion barrier. The project will save three million gallons of potable water per day, enough to supply 7,000 households for a year (3,500 AFY).

In April 2014, a WRD permit was amended to increase recycled water storage for Montebello Forebay Groundwater Recharge Project (Rio Hondo and San Gabriel Spreading Grounds) to increase the use of recycled water from 35 percent to 45 percent, potentially saving 13,150 gallons of imported water a day, enough to supply 30 households for a year (15 AFY).

In April 2016, water recycling requirements (WRRs)/WDRs were adopted and issued to the City of Burbank to expand the volume of recycled water used and the types of uses of recycled water from its Burbank Water Reclamation Plant (WRP). Additional uses for recycled water include cooling tower, vehicle washing, decorative fountains, dust control, street sweeping, and sewer cleaning. This project will save 0.2 million gallons per day (MGD) of potable water, enough to supply 442 households for a year (221 acre-foot per year AFY)

.In October 2016, WRRs/WDRs were adopted and issued to an expanded recycled water project proposed by the City of Los Angeles to increase injection of highly treated recycled water generated from its Terminal Island WRP into Dominguez Gap Seawater Intrusion Barrier. This project will increase the recycled water use from 6 to 12 MGD that reduces 100% City's reliance on imported water. The Barrier project will save six million gallons of potable water per day, enough to supply 13,500 households for a year (6,750 AFY). 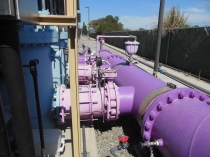 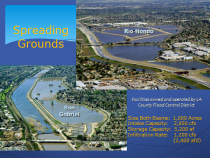 On July 20, 2015, the Los Angeles Water Board took action to approve the first residential recycled water fill station program in southern California and authorized the City of Oxnard to begin providing up to 608 acre-feet of non-potable recycled water on a monthly basis to agricultural operations during this ongoing drought. The Water Fill Station Program is located at the Advanced Water Purification Facility at 5700 Perkins Road in Oxnard. All customers must provide a marked container to remove up to three hundred gallons of recycled water for use on their properties. Training is also required to ensure appropriate use of this water.

The new potable supplies created by the clean-up projects represent a significant portion of the local water supply. The permit also provides a model for long term collaboration of local agencies to implement integrated solutions to storm water recharge and groundwater management. 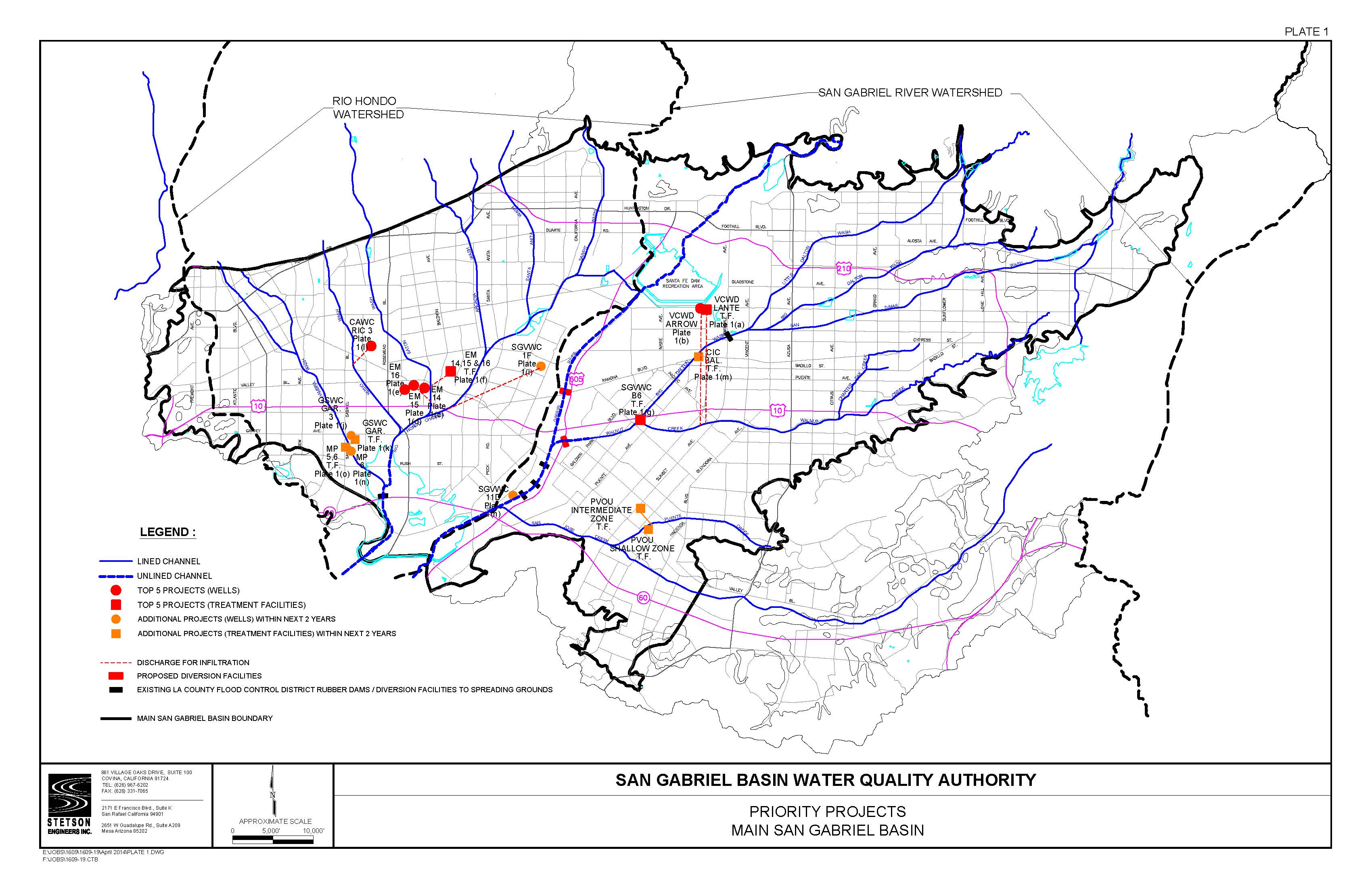 On August 28 and September 24, 2015 the Los Angeles Water Board approved two additional Residential Recycled Water Fill Station Programs. These additional approvals were for the distribution of tertiary-treated recycled water from the Burbank Water Reclamation Plant by the City of Burbank's Department of Water and Power (Burbank DWP) and from the Ventura Water Reclamation Plant by the City of Ventura. Residents are eligible to fill up their own containers with recycled water after completing a training program on the safe use of recycled water. Burbank City staff provides residents with stickers to place on their recycled water containers. In both cities, up to three hundred gallons of recycled water may be obtained per visit, but residents are allowed to make multiple visits per day. The Burbank recycled water fill station is located at the Starlight Bowl Parking lot on the corner of E. Walnut and Lockheed View Drive, and operates on Saturdays from 9 AM to 12 noon. The recycled water is provided free of charge to Burbank residents. However, residents need to act quickly since the fill station will only remain open until the end of October, when the rainy season is expected to begin.

The Ventura recycled water fill station is on the wastewater treatment facility grounds with access at 1400 Spinnaker Drive. The water is safe for human contact and can be used for irrigation of turf, trees and food crops. The water is not suitable for drinking, cooking, bathing, filling swimming pools, plumbing or cleaning of drains or gutters.

In 2016, Board staff expedited and approved a Residential Recycled Water Fill Station Program for the distribution of tertiary-treated recycled water from the Glendale Water Reclamation Plant operated by the City of Los Angeles. The Water Fill Station Program will enable local residents to reduce potable water usage by using recycled water from this fill station for landscape irrigation. 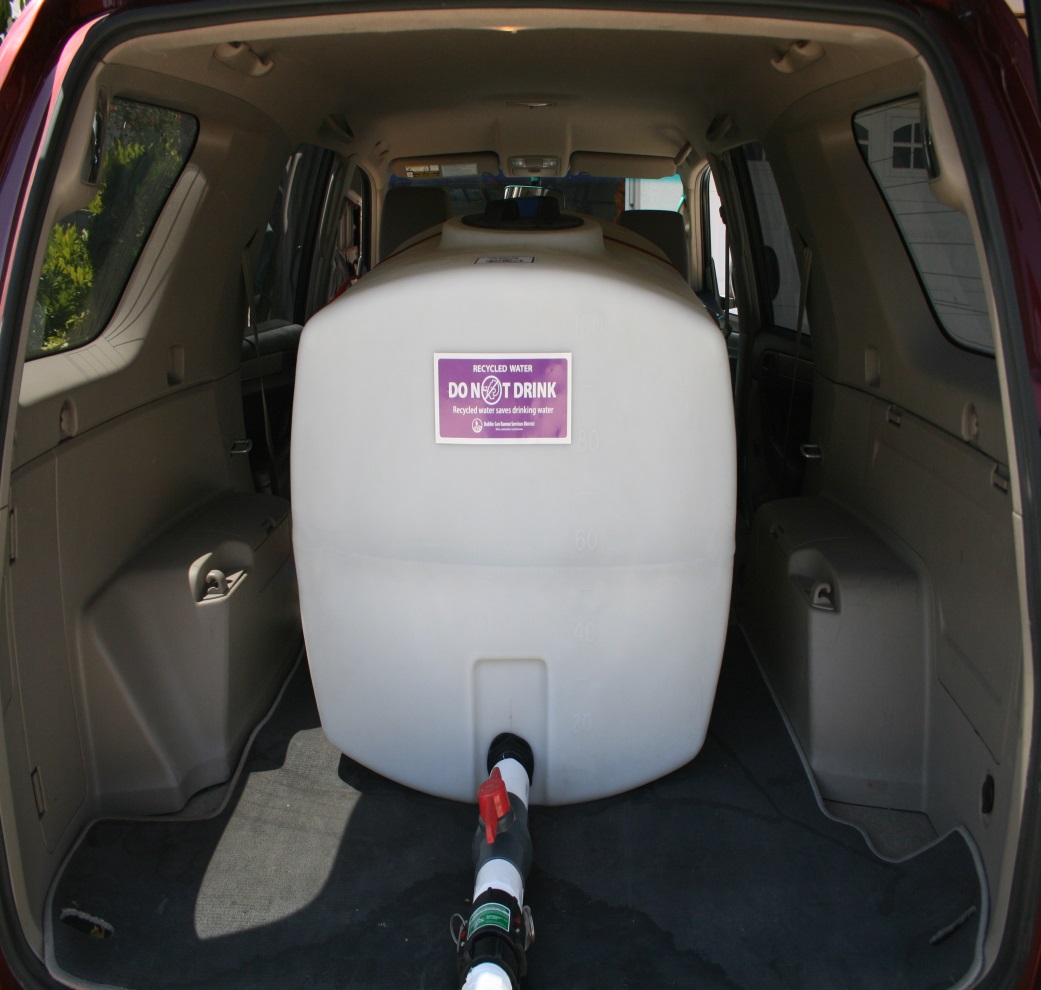 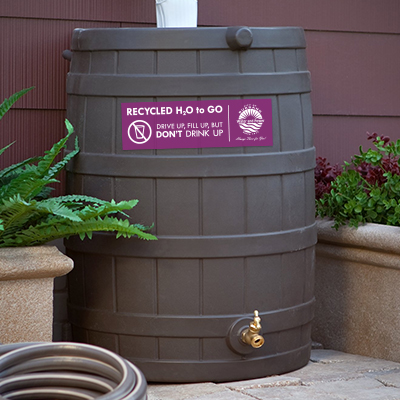 On July 9, 2015, the Los Angeles Water Board approved amendments to the City of Oxnard's Groundwater Recovery Enhancement and Treatment Program Water Recycling Requirements and Monitoring and Reporting Program and the Calleguas Municipal Water District's Waste Discharge Requirements for the Regional Salinity Management Pipeline. Through these amendments, the Los Angeles Water Board expedited the distribution of water produced by Oxnard's Advanced Water Purification Facility. The adopted amended permits will allow use of the existing Calleguas Regional Salt Management Pipeline to temporarily convey the high quality recycled water from Oxnard's treatment facility to the growers in the Oxnard Plain rather than waiting two years for the permanent piping from the purification facility to the growers to be constructed. As much as 165 million gallons or 608 acre-feet of non-potable water every month will be provided to the growers in the Oxnard Plain. An acre foot of potable water is enough water to supply two California household's water use in any given year. Stakeholders that supported the amended permits included Senator Hannah-Beth Jackson's office, Assemblymember Jacqui Irwin's office, City of Oxnard, Calleguas Municipal Water District, Pleasant Valley County Water District, United Water Conservation District, Fox Canyon Groundwater Management Agency, local growers and the Farm Bureau. 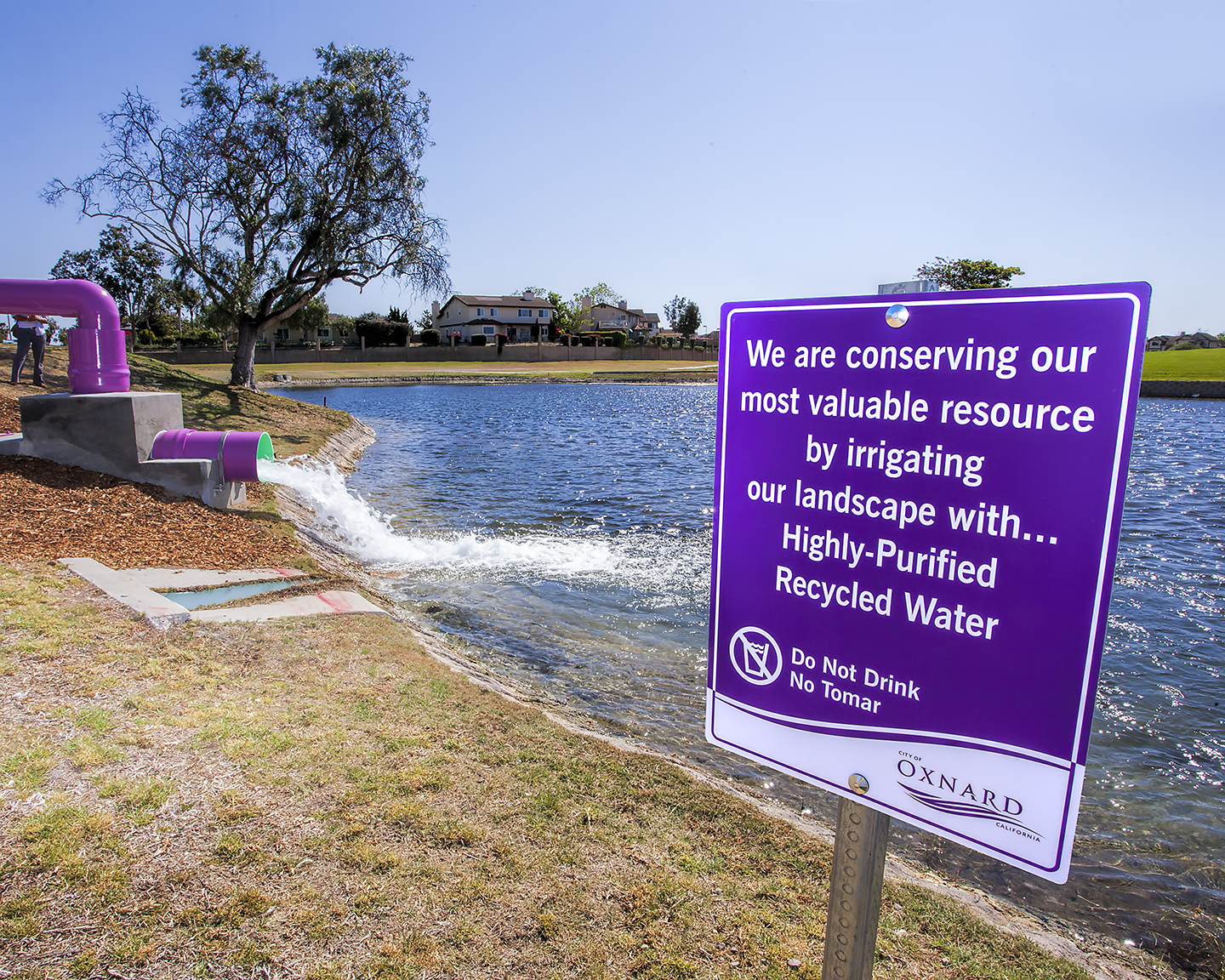 On June 29, 2015, the Los Angeles Water Board approved Southern California Edison's (SCE's) request to add an additional desalination unit at the Pebbly Beach Generating Station on Catalina Island. The intake volume of ocean water will not increase since the intake sea wells are already pumping at capacity. The implementation of the additional desalination unit will not result in an increase in the permitted flow and the effluent limits in the current permit will remain the same. As a supplement to the groundwater sources, the SCE has operated a desalination plant since the 1990s, which can produce 200,000 gallons of potable water a day. The new desalination unit, which will be connected to SCE's desalination plant, will have the capacity to produce an additional 40,000 to 125,000 gallons of water a day to the Catalina Island community. The new desalination unit began to operate after receiving approval from the Division of Drinking Water on March 21, 2016. 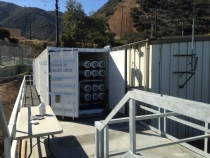