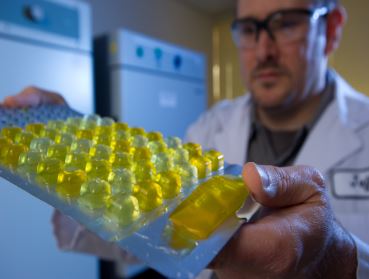 In 1971, laws and regulations governing the certification of potable water treatment facility operation were enacted.   The regulations establish at what level these facilities should be manned, the minimum qualifications for testing at each of the five grade levels, and the criteria for the renewal and revocation of operator certificates.

The DWOCP was originally under the Department of Health Services and then the California Department of Public Health.  In 2014, the DWOCP was transferred to the State Water Resources Control Board (SWRCB) in the Division of Financial Assistance.

The DWOCP is responsible for the testing and certification of approximately 35,000 water treatment and water distribution operators throughout the state of California.

If you have questions about the Drinking Water Operator Certification Program (DWOCP), contact us.

If you lose your certification application form, please call 916-449-5611 to obtain a replacement.

These lists are updated monthly and may not contain recently issued or expired certificates. Although SWRCB takes all steps to ensure the accuracy of the information in the lists, there may be some inaccuracies. Please contact the SWRCB Drinking Water Operator Certification Program at 916-449-5611 if you have any questions.

The above lists are for checking an operator's current status.

Mailing lists are ONLY sent to water systems for recruitment purposes. If you are recruiting for your water system and would like an operator mailing list, please provide the system name and number in an e-mail request to DWOpCertProgram@Waterboards.ca.gov or call at 916-449-5611.


Drinking Water Operator Certification Program (DWOCP) can now accept online payments from checking/savings accounts to pay for application and renewal fees! Keep in mind that the payment is NOT sufficient to complete the process. You must submit a complete application with original signatures to finalize the process. Payments CANNOT be made by credit card or debit cards. To submit an online payment, operators must provide the bank routing number, the checking, and/or savings account number.


Disclosure: By clicking on the above "Online Payment" link, you will be redirected to the State’s data collector website, First Data. First Data is not under the control of the State Water Resources Control Board (SWRCB) and the SWRCB is NOT responsible for the contents or links contained in their website. The SWRCB recommends that you view. First Data's security and confidentiality statements.